Lessons for success from the past decade 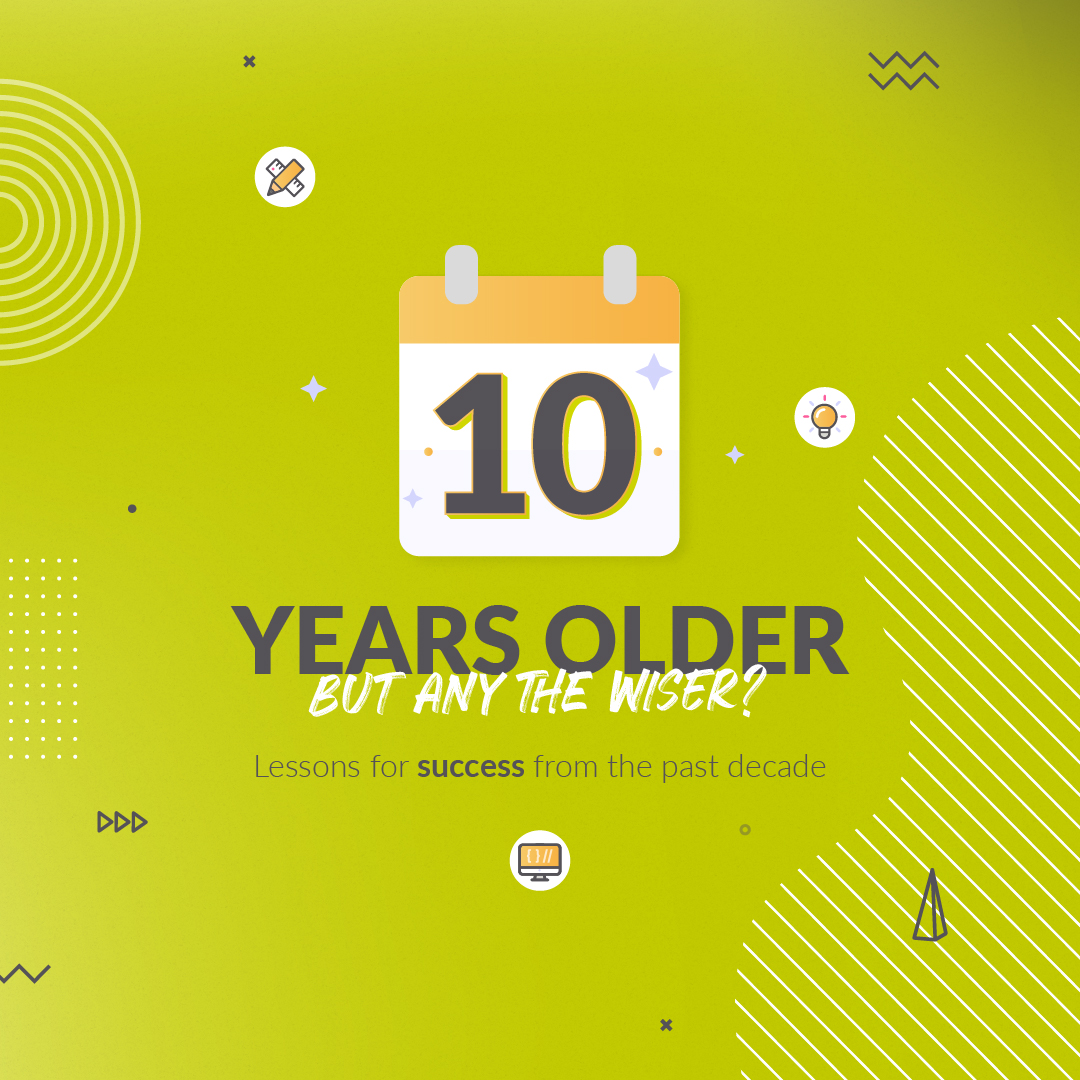 You’re going to want to sit down for this one, because we have some BIG news for you…

Ten years of hard work, fun, memories, and amazing achievements to look back on fondly for us all (and yes, before you say anything, not all of us have been here since the beginning but we’re proud all the same!).

To commemorate our first decade of success and failure alike, we’ve decided to share with you ten lessons, both big and small, that we’ve learned along the way.

Of course, the list doesn’t just end there, but you’d be here for hours if we listed out every lesson we’ve ever had in the past 10 years. That, and we’d have been here for hours just trying to wrap our heads around what those lessons were, and fortunately, we have quite a few better things to keep us busy.

But don’t be shy, we’d love to hear some of the lessons you’ve learned over the years. Whether you’re just starting out, or your business has been rocking for two, three, four or more decades, all lessons are good lessons (especially the ones you don’t have to learn first hand!).

Get in touch with us and let’s chat!